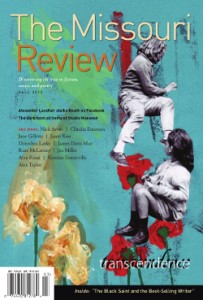 As Facebook knows, a digital world raises new problems. To be sure, Facebook made a mistake not considering enough the mortality of those who would use their product. But to be fair, when have inventors or designers ever had to before? Think of other classic American brands—Ford or Coca-Cola, for example—whose products are not so intimately linked with their customers’ fates. Cokes and cars are disposable or easily transferable after death. But Facebook, whose product is your own identity, deals in an individualized item that’s nontransferable after death.

— Alexander Landfair in the Missouri Review, discussing the emerging and problematic ways we acknowledge death through social media

• On death and online culture •